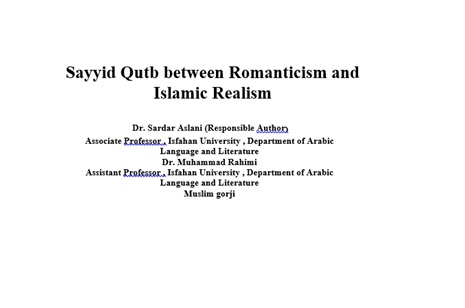 The Arabic Language and Literature Journal published by the Faculty of Arts at the University of Kufa published a joint research of a group of researchers from the Iranian University of Isfahan, entitled: (Sayyid Qutb between romance and Islamic realism). Sayyid Qutb lived a fruitful and influential literary life, began with poetry in the twenties of the twentieth century and continued to write stories and literary criticism in the 1940s of the same century, and this is through his swing between romance and Islamic realism. Based on this main building, this research aims in the descriptive -analytical approach to shedding light on the role of Sayyid Qutb in promoting the principles of Islamic realism and its fabrication with romance and how to use it for these two schools. The most important results of this research shows that before the 1940s, Sayyid Qutb belonged to the romantic literary school, and then it appeared in its effects the features of Islamic realism; This writer has founded the thinker in combining them and built with one literary specifications -such as the method of imagination, self -experience and literary experience and attention to details -to accomplish his literary works and to build his critical ideas. In his romantic imagination, we find him approaching realism and at the same time they come close to his realistic experience to romance. 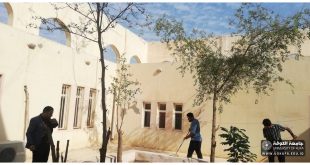