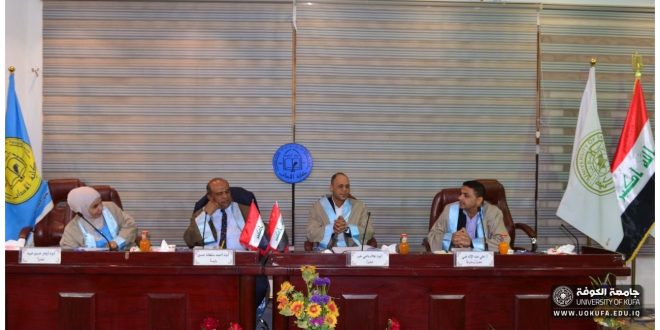 The Department of English at the Faculty of Arts at the University of Kufa has examined  a Master’s Thesis entitled: A Rhetorical-Stylistic Analysis of Selected British Poems” by the MA student (Nour Al-Huda Ahmed Aziz Al-Khazali). The researcher said that the study presented a rhetorical and stylistic analysis of eight poems by two prominent poets in British literature, namely (Gerard Manley Hopkins) and (William Blake), indicating that the study aims to identify the types of means of linguistic and stylistic cohesion used in the poems of the two poets, with a description of how these two types work together. To create the full meaning of the selected poems, adding that the study reached a number of the following conclusions, the most prominent of which is that the stylistic rhetorical analysis of the eight selected poems showed that there is a distinction between poetic language and non-poetic language, and that the words chosen by poets have a significant impact on how meaning develops, Both Hopkins and Blake used different types of coherent and stylistic means to present their exact meanings and ideas for their poems. 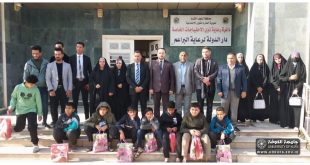