Vision, Mission and Objectives of the Department of Philosophy:

Founded the Department of Philosophy in 1991, and draws its message from the message of Islam, as is the message of all the heavenly religions based on mental consideration and philosophical dialogue and dispute which is better, and exchange arguments on the foundations and logical assets; That Noah, peace be upon him, relied on his mission to try to convince the minds, without compulsion or compulsion. The Almighty said: “There is no compulsion in religion.” He said, “Do you hate people so that they may be believers?” He said: “Oh, my people, have you seen that I am aware of my Lord and have mercy on him? And you have a loathing)).

Hence, the vision of the department is determined to make philosophy an essential element in the building of man and society through restoring the mind to the effective critical mind, spreading the spirit of tolerance, coexistence and openness to civilized ideas with the other and building a link with humanity by drawing a clear picture of a national identity deriving its rational origins from The depth of Arab civilization.

If philosophical thought has an effective role in providing society with conscious cards aware of its responsibilities in building the country on the basis of civilization and the experiences of ignorance, myths and corruption in all its joints and restore Iraq’s cultural role.

For more than a quarter of a century, the Department of Philosophy has carried out its role in promoting a culture of Islamic tolerance with other religions, preserving the purity of Islamic doctrine from extremism and extremism, protecting it from any deviant thinking, strengthening the national spirit and cohesion in our beloved country Iraq, The peaceful coexistence of its children, and the rejection of the culture of extremism and extremism, a legitimate duty, national and moral, as well as the preparation of teaching staff to teach the subject of sociology and philosophy.

Preparing scientific generations capable of solving the problems of society and inspired by the correct curricula in building civilized life through:

1- Spreading the critical mind, civilizational dialogue and openness to the other.

2 – Spreading the spirit of tolerance by evoking human and Islamic values ​​and employing them in life and work.

3 – Create a generation familiar with the philosophical achievements and civilizations of the world and the most prominent thinkers and philosophers who contributed to the progress of countries and prosperity.

4 – Create a generation capable of employing his studies and methodology in solving problems in his field of specialization and in his community.

5 – The department should have links and openness to other disciplines, and provide the state institutions with their needs of cultural cadres that contribute to the construction and development.

Provide an educational environment for students that will provide them with the reasons for acquiring knowledge and knowledge and developing their mental abilities to be active actors in society.
Activating scientific research with the participation of faculty members and students in carrying out geographical research and spreading knowledge to contribute to the development of society.
Community service, through the strengthening of relations with state institutions benefiting from their specialties, through the dissemination of studies and research and basic and applied, and the holding of seminars and lectures in the department and outside. 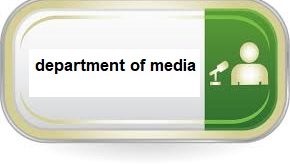