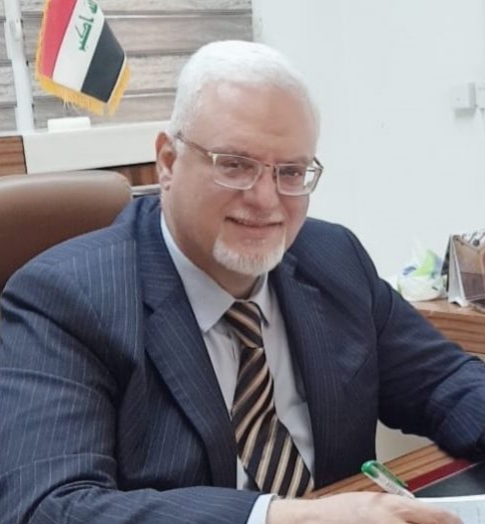 In the name of Allah the Merciful, the Compassionate

Najaf is the most intellectual and fertile land of knowledge, and a certain abundant in the arts and sciences , it is the womb of the generous stature of scholars, writers, thinkers and educated elites along its historical and cultural depth which is rooted for more than a thousand years, since its embrace of the body of the Commander of the Faithful Ali bin Abi Talib (PBUH), his shrine became a lighthouse of guidance , knowledge and thought.

It is not surprising that this great human-cultural heritage resulted in one of the most important flaws in science and knowledge in contemporary Iraq: ((University of Kufa)), the university whose scientific and intellectual giving out its temporal age that did not exceed five decades, its peers rose from Iraqi universities, and even regional and Arab, and many international universities that were preceded by the birth, so a tender smacked them.

The College of Arts was among the first colleges established there, and its foundation dates back to 1989, when it began with two departments:

The Department of Arabic Language and its Literature and the Department of History, and then the establishment of the rest of the scientific departments in it until it reached in the academic year 2017-2018 six departments: Arabic Language and its Literature, History, Geography, Philosophy, English Language and its Literature, and then the Department of Civil Society, which was exclusively established by the College of Arts in University of Kufa, it was established in response to the requirements and changes of the post-April 2003 phase, where the urgent need is to prepare a scientifically and objectively conscious generation of young people to know : human rights and public freedoms, civil rights, and social problems, as well as the foundations of voluntary work and Peaceful coexistence and other issues that directly affect the lives of the individual and Iraqi society alike.

Within the framework of plans to develop its study programs, the college presented several studies concerned with the creation of scientific departments in the initial studies, including the study on the establishment of the media Department in its two branches ((radio, television and public relations)), along with its project to develop a master’s study In the civil society department.

The College of Arts in its four-decade scientific career in elementary studies has graduated approximately (10,000) students until the 2016-2017 academic year, and in the postgraduate studies approximately (850) of researchers in the aforementioned specializations, and is still seeking in consistent steps in its rhythm with the development of solid scientific research and modern educational programs, in a way that contributes in raising the present and establishing the honorable future for the generations of our beloved Iraq.